Driver updater tools are used to keep your computer’s drivers up to date, which can help you avoid operating system problems.

With so many applications offering comparable functionality, it’s critical to take your time and choose the one that best meets your requirements. Think about what you want from a driver update program before buying anything or installing an app on your computer. The most important consideration is cost – additional features don’t have to come at a higher price!

We’ve developed a list to assist you in deciding on purchasing or installing any best driver updater. In this post, we’ll go through a few different driver updater tools and their features so you can take in the best one for your needs.

What Is A Driver Updater, And How Does It Work?

Windows users can use a driver updater tool to keep their computers up to date with the latest drivers. Only Microsoft-certified drivers update by default in Windows. It is already a significant benefit for many people, but it ignores essential critical drivers that you should be mindful of.

If you utilize third-party hardware (such as graphics cards or sound cards), Windows may not be able to install the newest drivers for you automatically. As a result, your driver software will likely become outdated and incompatible with your most recent system updates.

Without you having to do anything, the best driver update program will update your computer hardware drivers to the most recent version.

The solution is a dedicated driver update program linked to a server that tracks and installs the most recent driver versions.

Here are some Best driver updater programs that you can consider using. 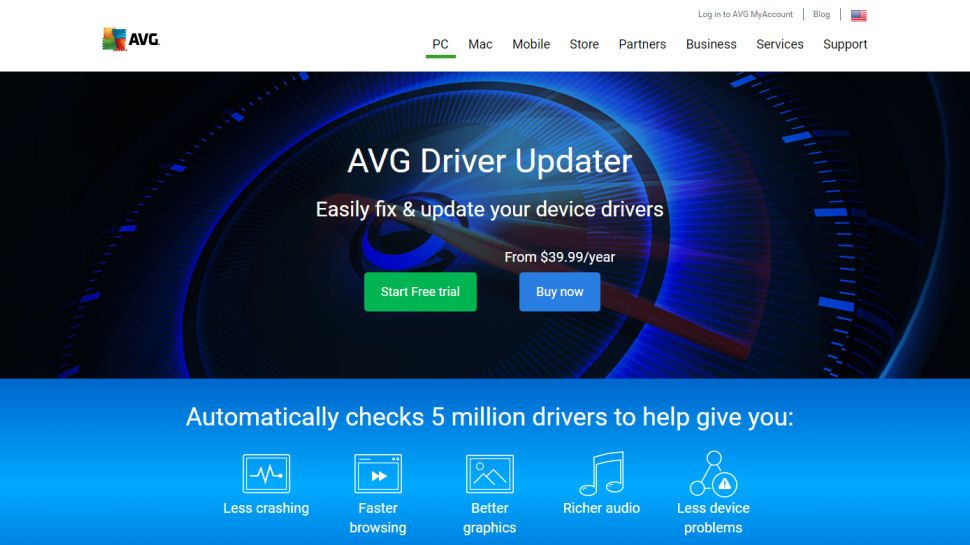 As the name suggests, this utility searches the system for out-of-date drivers and updates them with the most recent versions.

It checks with more than 100 hardware manufacturers for the most up-to-date official drivers and also takes a snapshot of the system’s working drivers when they need to reload for any reason.

AVG is known for producing dependable software, and this utility works diligently in the background to keep the computer running smoothly. It comes at a cost, with AVG Driver Updater being one of the priciest solutions on the list.

AVG offers a free trial version that will check your system and notify you of any drivers that need to be updated. However, without a purchase, the trial will not edit them. 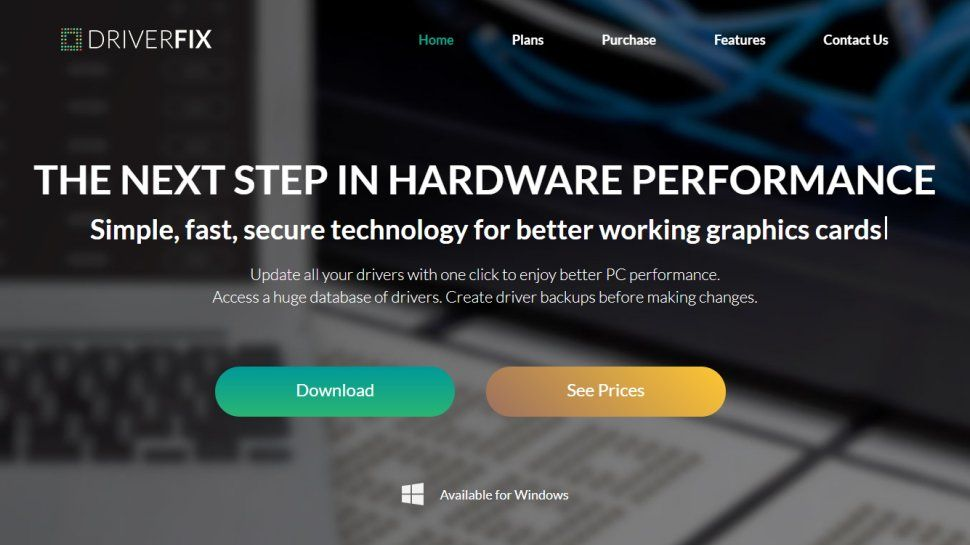 Driver fix has a single goal: to locate and update any obsolete drivers on any machine, regardless of age.

It scans swiftly and efficiently and keeps track of over 18 million drivers in its database. Once a driver problem has been identified, you can monitor the download’s progress. Before installing any drivers, the software will create a backup in the form of a regular Zip archive, which you may view later if something goes wrong or retain for safekeeping. With a scheduler, you can scan at the best times and back up when it’s most convenient for you.

The dark mode interface is hip and stylish, and the functionalities are uncomplicated and straightforward. The price is reasonable, too, with options to install on one, three, or ten computers.

This program doesn’t bother with add-ons, virus protection, a VPN, or other security measures you might not want or need in the first place. We propose it since Driverfix is designed to serve a single goal and does not add to the situation’s complexity. 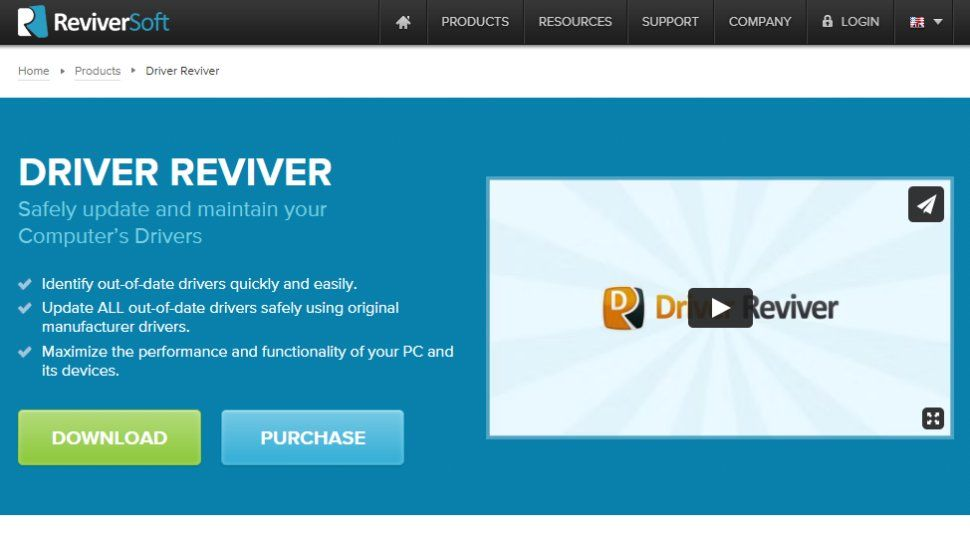 ReviverSoft, a Corel subsidiary since 2014, produces Driver Reviver, a driver maintenance tool. It also makes a variety of other Reviver-branded applications for both the PC and the Apple Mac, but this one is only for the PC.

Its goal is to keep all of the drivers on the system running simultaneously, preventing the system from installing corrupt or malware-infected drivers by accident. Before installing drivers, it establishes a restore point, which we found to be a useful function—If the updated drivers cause a problem, the system is more recovered.

It also allows you to scan automatically as Windows starts up, allowing you to update drivers before working on the computer. 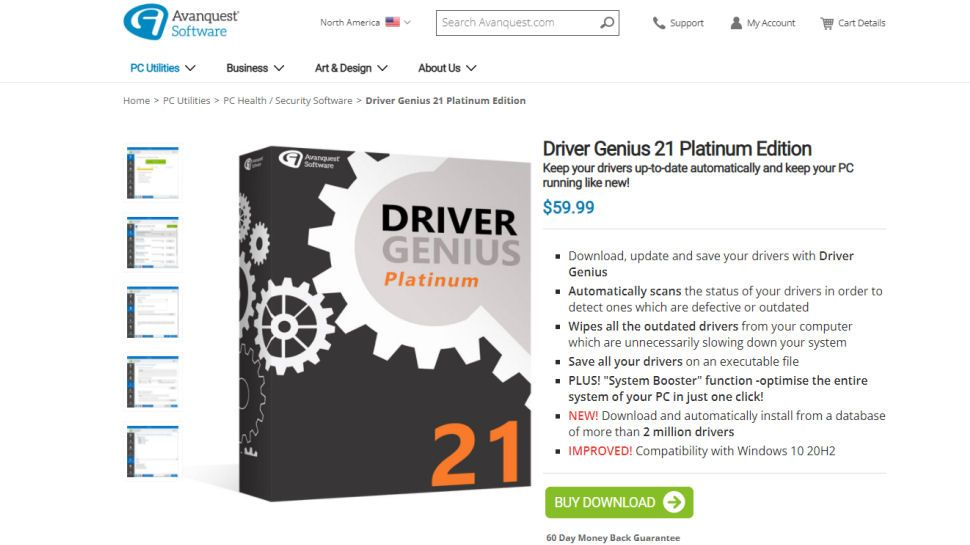 As the name implies, it is the twentieth version of Avanquest Software’s Driver Genius.

Avanquest provides a simple but effective tool for managing driver updates on your PC. It monitors over a million hardware drivers to ensure that the correct ones are installed.

Because this method is fire-and-forget, user involvement is minimal. The application checks the installed drivers, compares them to a driver versioning database, and then downloads and installs the most recent versions.

The user can select when these operations are scheduled, so you don’t have to deal with the usual Windows annoyance of a reboot while you’re on the computer. It also alerts you to new driver releases.

A system booster that modifies a system for better performance and another program that optimizes SSDs includes in this Platinum release. 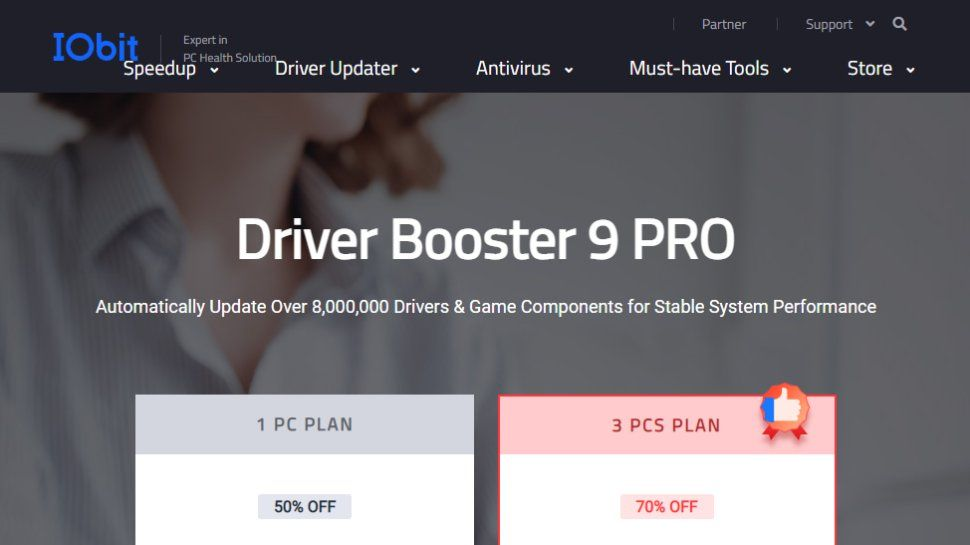 IObit is a software firm that has created some enhancement and optimization tools, including Driver Booster.

Driver Booster is a driver maintenance program that gets its drivers from the manufacturers’ official websites. IOBit verifies that they are in good working order and have passed the Microsoft WHQL tests before sending them to your PC.

The free edition of this tool deviates from the standard in driver support apps in that it only updates two drivers every day. The premium ‘Pro’ version has no time restriction, more drivers, and automatically backs up your system before installing new drivers, although the free version has plenty of functionality.

The free version of Driver Boost will happily download and install drivers, but with Driver Boost Pro, you may avoid advertisements and pay for some additional features. That license also covers three computers for a year. 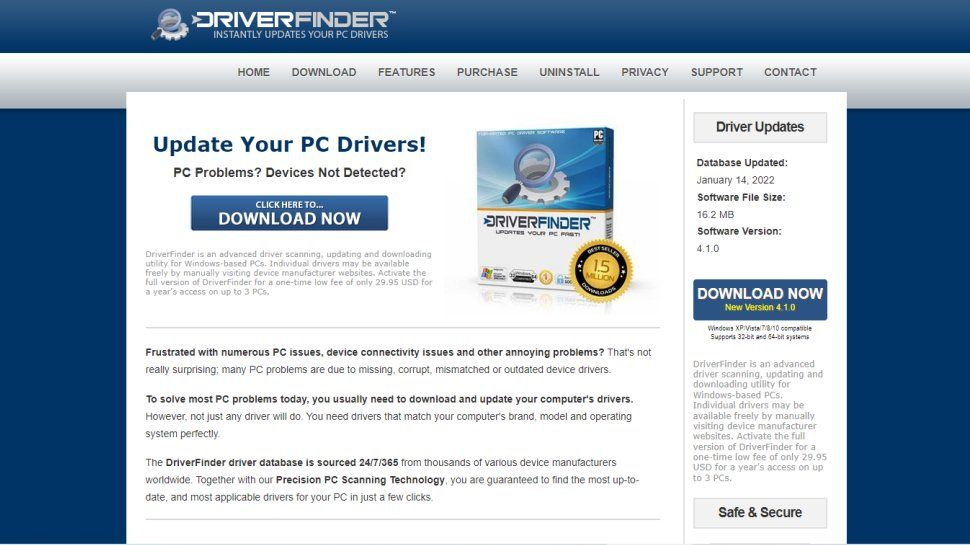 DriverFinder is a simple program that examines your Windows system for drivers that are either missing or need to be updated. It can also locate and install the most recent versions.

Most of the drivers it downloads are directly from the hardware manufacturers, so they’re the ones you’ll want. It can also back up all of the current drivers, valid for individuals who need to reload a system quickly.

However, this method has a few problems that should fix. It doesn’t have an install-all option, so if the system requires twenty updates, you’ll have to click twenty times to resolve each one.

DriverFinder accepts various payment methods, including a one-time fee for a single machine license with the option of paying more to protect more computers. When you sign up, you guarantee that there will be no automatic recurring or auto-billing charges.

If you haven’t discovered the best driver updater tool for your Windows PC, please let us know what characteristics you value in a driver updater, and we’ll consider including it in future blog entries.

Why do You Need to Protect Your Data Online?

Microsoft Office 2016 for Mac Review, what version to buy?

FastSoftwares, LLC
Shopping cart
There are no products in the cart!
Continue shopping
0